A Kickstarter launch to the New Year

I've told you all about our family's plans to thru-hike the Appalachian Trail this year. This year. That part is starting to freak me out more than just a wee bit.

Nearly two years ago (it was March 2012, I remember the season quite vividly because it was the end of winter and you know what that is like for me) I told Damien yes. Yes I would hike the Appalachian Trail with him and our kids.

It was one of his dreams and since saying yes it has become one of my dreams and we have been working our way to Springer Mountain ever since.

A funny thing about yeses.

Saying yes to one thing often leads to another and so this is how I find myself, at the beginning of 2014, preparing not just to hike the Appalachian Trail in 84 days (yes, I'm counting) but launching a Kickstarter campaign with my husband to help fund the video series we will be producing while hiking.

Did you catch that?

We're doing a video series while we're on the Appalachian Trail. 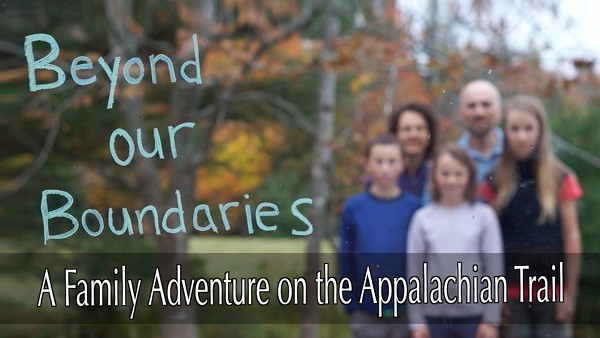 Why a video series? Well, for a whole bunch of reasons (which I hope to talk about in coming posts) but one of the main reasons is because we want to share this adventure with other people and video seemed like an excellent means to do that. Also, by creating a subscription video series we will have means for generating a small amount of income while on the trail.

But when we started to look at what we needed to produce a quality video series we realized we couldn't do this on our own. We need the help of an off-trail editor to actually edit and publish the videos and there are technology and infrastructure needs. Basically, producing good stuff costs money (smile).

When talking about this conundrum with our friends and online collaborators over the past six months it was suggested to us that we run a Kickstarter campaign, to use the power of crowd funding to help us get this video series off the ground.

Although we've supported Kickstarter and other crowd funding ventures we've never done one ourselves. Till now.

For those of you unfamiliar with Kickstarter I'll give a brief explanation.

Kickstarter is a way for small time folks like ourselves to ask for funds for creative projects (projects that produce something) from a large pool of people. In exchange, supporters/backers get rewards or gifts from the finished product. In our case you get access to the video series and/or advertising on the series (which is more appealing for businesses etc.)

If you are a regular FIMBY reader I would be so honored if you would support our Kickstarter campaign. Actually, I don't care if you're a one time reader or someone who's been here for years, we'll still happily accept your support!

In the coming weeks I plan to talk more about our video project and our hiking preparations, specifically in the context of homeschooling (this is a huge family homeschooling project) and my online work and personal growth.

Check out our Kickstarter. Support at a level that feels good for you. Please share it with everyone you know.